Voyage Into The Swamps of Louisiana... 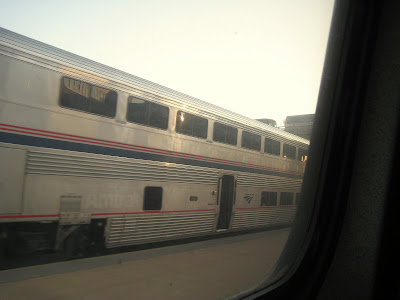 *
"La 'tite blonde 'a fais prend sous le hack, cher, elle s'a plante un echarde dedans la fesse...
*
(Translation): The little blonde got caught under the hack, dear, she was stuck with a splinter in the buttock... ("Hack of Morrow", Traditional French Song)
* *
I've searched in every bar and club
and honkey-tonk in town.
And I don't know if I can go on
without breaking down.
I've looked all over hell
but Heaven can't be found....
("Heaven Can't Be Found", Hank Williams, Jr.)
* * As you know, I recently went to the swamps of Louisiana where, along with many other family members, I gathered at my uncle's place due to the fact that our 90 year-old family matriarch, "Mamo", lay in a nearby hospital, dying of kidney failure. At a crucial moment, when she was near death, my uncle panicked and asked the doctor to institute kidney dialysis, which he believed would "save her life". Many family members did not agree with this decision as dialysis would, the doctors told my uncle, only prolonge the inevitable for a few weeks or months. And Mamo had also signed a Living Will which stated she did not want such aggressive end-of-life measures. But my uncle remained steadfast in his choice---and he convinced Mamo of his belief--- and so Mamo revoked her Living Will and was subsequently transferred to a hospital in a larger town in order to begin a regimen of dialysis. Thus, she is still alive....if only barely. She is lingering in a heartbreaking state of limbo, desperately ill--- and not expected to live out the year. I had not been to these parts of Louisiana, the heart of my mother's side of the family, in many years. But when summoned, I jumped on an Amtrak train and began my voyage. It would prove to be a sad, tragic, and yet interesting trip--- and a strong reminder of my Southern, French and Indian "roots". So I waved goodbye to Kansas City through the window of the Amtrak train..... 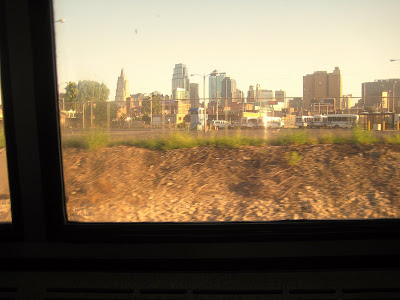 ... and began my voyage along the majestic Missouri River, and then further south down to Arkansas and then into Texas--- and then to my ultimate destination of Louisiana... 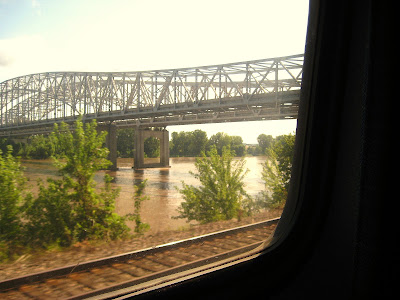 The scenery was breathtaking, and I could tell the difference when I approached the swamplands of Louisiana---the air is thicker there. And the heady aroma of swamp animals, the mysterious brown rivers, and the almost impenetrable bayou greenery heavily laden with Spanish Moss and cobwebs overwhelms your senses....along with a resurrected watchfulness for alligators, swamp snakes, and other local dangers... 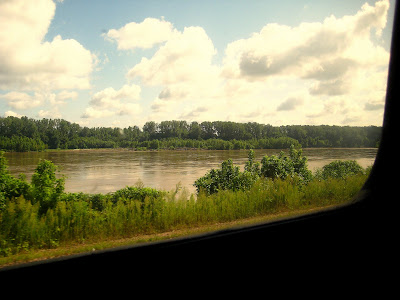 When my mother delivered me to the small town in which my Mamo lay dying in a tiny hospital, we passed a small French Catholic chapel fronted by a beautiful statue which I couldn't resist photographing... 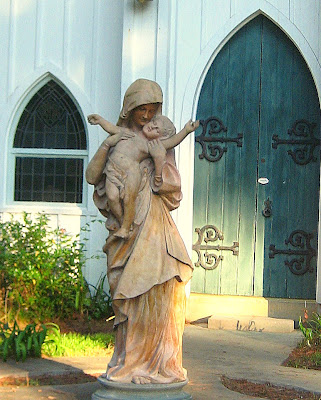 Later, after visiting Mamo's bedside, we retired to my uncle's place to unpack. My uncle, among other things, runs a large operation in which he raises specialty roosters (and hens). 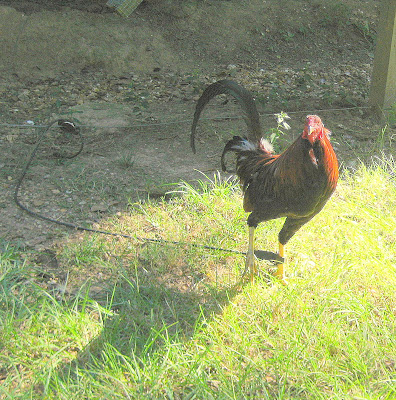 At the foot of a 20-foot staircase to his home's front porch, there stands a large mosaiced statue of a colorful rooster atop a mosaiced pedestal, appearing as if to be the symbol of whichever ethereal fowl-guardian my uncle's roosters worship.... The statue and pedestal were gifts from my mother (who crafted the cunning statue and pedestal after cutting each and every one of the mosaic tiles herself using her plethora of saws). My uncle's place, like many homes in the swamps, is "raised up" on 20-foot steel pylons--- stilts--- in case the water of the nearby river rises. His house and chicken pens lie only about 50 feet from the water's edge of a branch of the large, nearby river. The river frequently floods the entire area, completely covering my uncle's property with ominous, murky swamp water, at which times he is only able to leave his home and reach town via the use of one of his several speed boats. Fortunately for us, the river stayed obligingly within its normal boundaries during this sad time in which my family was gathering... 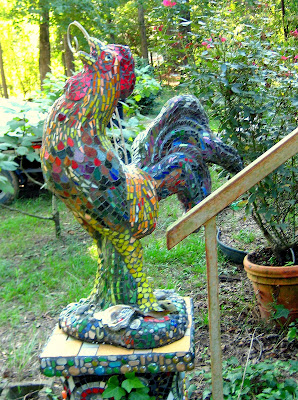 The entire place is devoted to the raising of the specialty roosters (and hens). 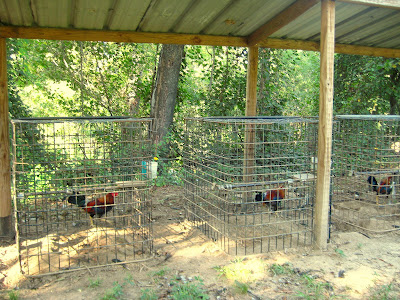 His yard dogs patrol the property line and provide for the safety of the numerous un-penned roosters. (You can see the river in the distance.) Running crazily about are some colorful guinea birds--- but alas, the photo I took of them came out blurred. 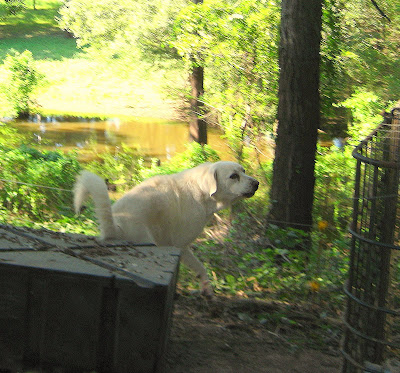 While there, I was even lucky enough to see some "biddies" hatching in one of my uncle's humidity and temperature-controlled incubators... 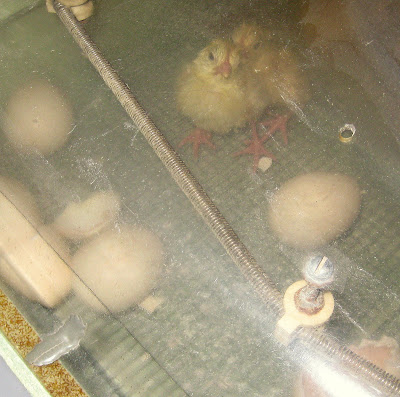 Driving to and from the hospital on Louisiana's unruly dirt roads was an adventure in itself, but my mother's huge Jeep Commander was more than equipped for such rough riding. (Have I ever told you that my wildly rebellious, beautiful, independent, artistic, and fascinating mother.... is my hero?) 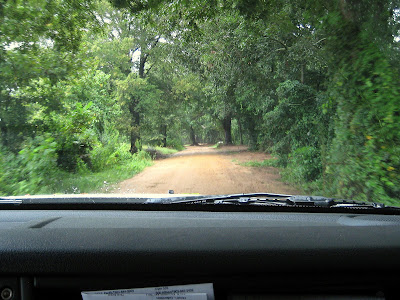 As I said, my uncle's house stands steadfast against any occasion of rising waters, as the pylons are firmly, and deeply, concreted into the ground. 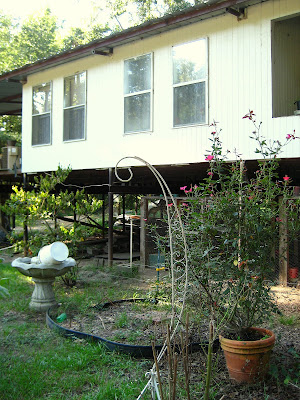 A crop-duster plane flies low, dusting some nearby cotton fields with a certain chemical designed to make the cotton bolls "bloom" correctly... 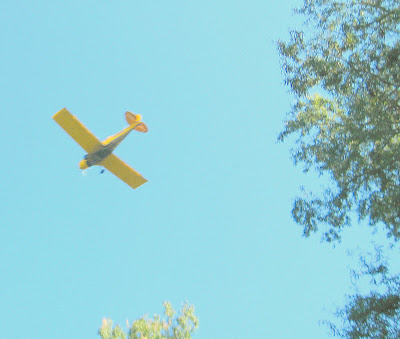 Thanks, Bo, the pictures are beautiful. Like going with you only without all the family drama!