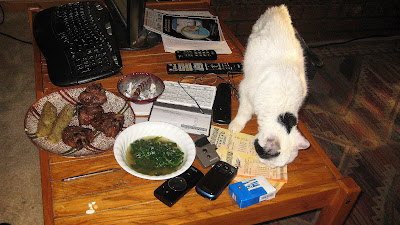 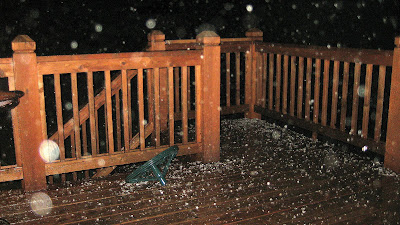 Gee, I thought your absence was due to your excitement over your new ring! LOL (BTW, would love to see a pic of it!)

Now Bo, you should know, that in this economy all hosps are trying to market themselves to get the most patients. And how do they go about that? Well, lets see....unknown local hospital....hmmm, all the patients compare us to hotels so maybe we should just renovate so that we can LOOK more hotel like....what? the silly staff thinks that patients would really prefer competent care and working equipment? How silly...dont they know that in this day and age all patients care about is HOW the place LOOKS????!!!!!
Am glad you are better - get back to the people who know how to care for you!

Yuck, I have Meniere's Disease and can share your pain. It only hits every now and then but the spinning, reeling is horrible not to mention the nausea the spinning causes. It has also taken about 90% of the hearing in my left ear. Benedryl or if desperate Dramamine helps. Hang in there.
Seattle Sue

I hate weekends in the hospital, too.
And I have "neglected" to make appointments with doctors I think are yahoos---someone has to graduate at the bottom of the class, right?

And when they order a thousand uncomfortable, pukey tests...find nothing and then order them again? That's when I decide that either there is nothing wrong or it is something that is just unique to me and doesn't need to be fixed.

I had a picc line the last time I was in hospital...and it was in the most inconvenient, uncomfortable place they could find. I don't know why they do that.

Hope you are feeling better and all goes well. A hospital is no place for sick people!

Thank you, Danielle, Sueb, and Chloe! I am so glad to be out of that crazy bin. I told Blaine that unless I was dying to never take me to the hospital again!

Anonymous: Have you been in an American hospital lately? Obviously not. They look pretty but your treatment team has a strong resemblance to Moe, Larry and Curly.

That's not been my experience. Nurses trash talking 'the system'...that's nothing new and I don't find it helpful. I get that you wanted to go home as soon as possible and I know there are bad hospitals and practitioners out there, but that doesn't mean the whole thing is wrong. The "Magnet Hospital" designation is a good place to start when looking for a quality hospital.

oh annon, don't you know how superior Susan is to the rest of you drolls that work at hospitals and everywhere else in her life? If she says every hospital in America is bad, well by God she shoudl know. What does it matter that she lives in Podunk, USA and has no persepctive on reality? come on, don't be logical here, we are talking crazy drunk Susan...where everyone is an idiot but her and Jesus.

Bo, I am so glad you are home. Take care of yourself.

I don't have your issues, but am trying to deal with anxiety and depression. You are one of the people who inspire me to keep at it when things look very bleak to me.

Let Blaine take care of you!

I've posted before with my name, but this is anonymous, as my employers and others don't know about my issues. It would cause me a lot of problems if they did. Hope you understand - I'm not hiding behind the anon to torment you.

Thank you, Anonymous! I feel good that you're out there and that we're "online friends". How well I can identify with the problem of not wanting your employers to know about your "issues". I hid my problems for most of my career. But just remember, I'm out here and I totally understand.

Just hang in there and do something I always try to do: find the funny stuff to laugh at. Doing that has saved me sometimes when I was hanging by a thread!

I am very blessed to have one of the number one hospitals in the US and doubly blessed to never need it! Seattle has 4 of the best. That said I know there are some stinkos out there as my folks were in them constantly towards the end. And how true Cloe's comment that some dr has to graduate at the bottom and get a job somewhere. Sorry it was there though! If you look at the ranking the USA unfortunately comes way down the list for medical care. Not sure who's fault that is though. Not all the nurses and drs. Sad huh?
Sueb

Hi Sueb! I was so disgusted with my care at that hospital that I told Blaine that even if I was dying to NOT take me there. Take me somewhere else! And you're right about how we're so low down on the standards of care. Sad---especially when I contemplate what will happen to my mom when she gets to the age of hospital visits....