The Plants Are All Dead---And I Don't Feel So Good Myself... 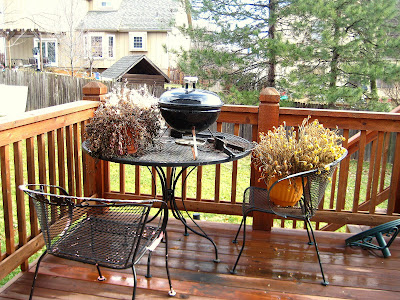 I have a very dear dear family member who has PTSD as well as an anxiety issue that manifests itself in hair pulling. Both were caused by childhood trauma and have changed the woman I know - it hurts to see someone you love so much in such immense pain. Mental illness is a disease like any other - I give you credit, Bo, for "coming out" with it. There's a lot of people out here who appreciate that you've given a voice to people with mental illness - kudos & bravo, Bo. Oh and Happy New Year to you, Blaine & the kittehs :-)

Thank you so very much, Donna! And you have a very Happy New Year, too!

Hey Bo, I'm with Donna! Sorry your family were not supportive and I hope someday if not already they will love you more than their dreams for you or their belief systems. It can happen, but the main thing is that you are (I hope) getting what you need. Mental illness really IS a physical illness, sometimes caused by physical things, sometimes by trauma and it sounds like you've gotten your share of both.
We all have things we'd rather not talk about, believe me. You are not running away from it, but dealing with it. And I say Good for YOU!:)
Hoping this New Year brings you nothing but good things:)
Joan a/k/a FSK

Thank you very much Joan aka FSK! I also hope the New Year brings good things to you!

Keep on working at it, Bo. I wish you peace of mind.

Thank you, Jenn---and you have a Happy New Year, too!

Thank you for having the courage to tell us what is going on with you. It couldn't have been easy, but now you, and we, can rest easier knowing the "elephant in the living room" has a name, or names. I don't think any less of you because you have mental illnesses, just as you don't think less of me because I am overweight, am deathly afraid of freeways, and have arthritis in many places. Right?

Thank you, Linda. No, I don't think any less of you for any of those things. I think that it's important for us to support each other no matter what. And I really appreciate your comment. I hope you and yours have a really Happy New Year!

Keep working on your self, from reading your blog for years...I know your worth it!

Hey, Bo, have you ever been tested for sleep apnea? I'm wondering because it could be a trigger (in addition to the PTSD and other issues) for your nightmares and nighttime panic attacks. If you turn out to have sleep apnea and get treated for it, you might find you sleep a lot better and more calmly. It's worth checking into.

JanKnitz! Thank you so much! I will definitely ask my doctor about the things you mentioned. I go on Monday. It gives me hope that there is some reason for the things I experience. I really appreciate your caring!

One of my son-in-laws has some PTSD from Iraq & Kuwait deployments. We have tried to not do anything to cause issues for him, but totally without thinking about the possibility, we caused him distress by the grandkids popping balloons shortly after his return.

Cindy: Just love him and show him he's loved---and it will be alright.

Thank you, Warrior Knitter! I need all the hugs and prayers I can get!